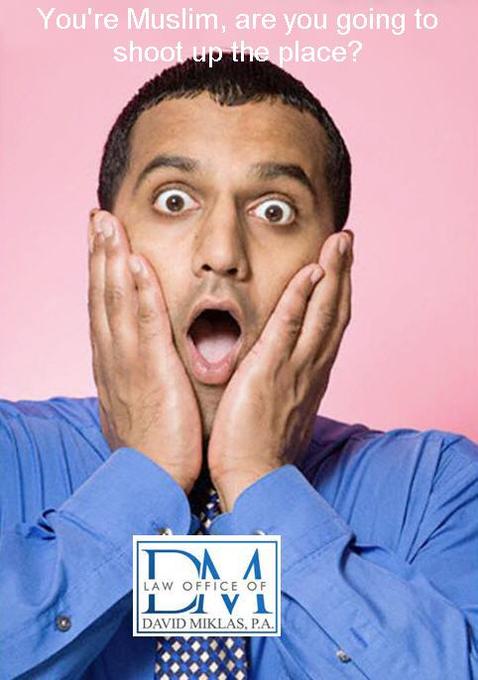 Asking a Muslim is he is "going to shoot up the place" forms the basis for South Florida employment discrimination lawsuit.

A 57 year-old Black Muslim employee claimed that when Muslims were in the news, his co-worker asked him, “what’s wrong with your people?” (Muslims)  He also claimed this same co-worker asked if he was “going to shoot up the place?”

When the 57 year-old employee advised his supervisor, “you are working me really hard today” he claims that his supervisor responded, “ it’s because you’re old.”

When the employee was demoted from his position, he believed that it was in retaliation for his complaints and recently sued his South Florida employer.  In his federal lawsuit, which was filed on March 23, 2017 in the Southern District of Florida, he alleges that he was subjected to a pattern and practice of religion, race, and age-based discriminatory treatment during his employment. See, Ardley v. CBS News Inc., Case 1:17-cv-21106-JAL.  The lawsuit alleges violations of Title VII, ADEA, and §1981.

This lawsuit was just filed, so the employer is currently spending money defending it in court.

This case reminds employers that the comments to Muslims are a hot topic right now and are forming the basis of many EEOC complaints and lawsuits. If you need any assistance in relation to disciplining an employee when age, race or religion are factors, please email or call the Law Office of David Miklas, P.A. at 1-772-465-5111 before you take that action to make sure that it is legal.