A white woman over 40 years old worked as an executive assistant, until she was terminated during her 90-day probationary period.  She sued her employer, asserting, among other things, a Title VII retaliation claim.

The white employee told some of the executives about the black supervisor’s behavior at this meeting, but they again refused to consider her complaints.

The director of HR told the white employee, “I need you to understand that today is for Tammi” (the black supervisor) as she was escorting her out of the building on the day of her termination. The white employee understood that comment to mean that the company was retaliating against her by firing her because the black employee had been discharged.

The District Court granted the employer’s Motion for Summary Judgement against the employee, but she appealed and the 11th Circuit Court of Appeals (controlling in Florida) reversed the lower court and remanded the case (allowed the lawsuit to continue). Monaghan v. Worldpay US, Inc., 955 F.3d 855 (11th Cir. 2020).

The Court of Appeals explained that in this case, the statements from the black supervisor - which threatened both termination and possible physical harm - "well might have dissuaded a reasonable worker from making or supporting a charge of discrimination.”

In addition, the company fired the white employee.  The Court of Appeals explained that termination easily satisfies the “well might have dissuaded” standard, and a reasonable jury could find that the termination was retaliatory. First, when she was terminated, her new supervisor told her that she was being fired for “complain[ing] and complain[ing].” As noted earlier, a jury could draw the inference that the reference to the employee’s “complain[ing]” was to the complaints about the black supervisor. Second, the HR Director told the white employee, “I need you to understand this is for Tammi” when she escorted her out of the building. The Court of Appeals held that this statement, by a company executive, is additional evidence supporting the inference that the termination was retaliation for the white employee’s complaints about her supervisor.

The above "facts" are taken from the court's order.  Although it is possible that the employer may be able to convince a jury that they are not accurate, the court relied on the above facts in order to make its ruling.

Florida business owners and HR professionals should learn from this recent court ruling that statements made by supervisors and HR leaders can bind the company.  In this case, verbal statements by these type of company officials were used against the company to allow the employee’s retaliation claim to continue.  This is another example of where Florida employers can learn from another company’s errors and train your supervisors to not make such comments.  There should be no question that the comments made by the supervisors killed the defense in this case.

Can supervisor comments create a retaliation lawsuit in Florida? 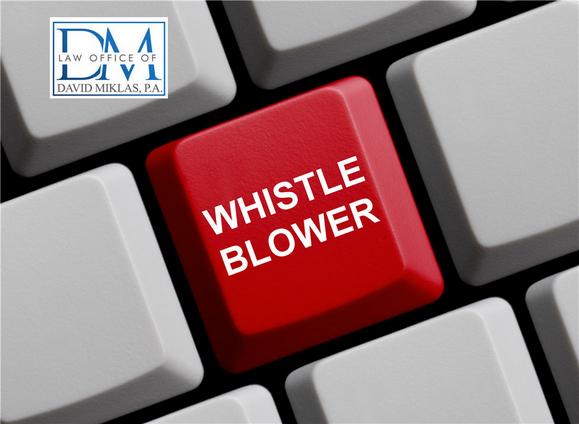