Under what circumstances is compensation discrimination unlawful under Title VII, the ADEA, and the ADA?

An employer pays women less than similarly situated men, and the employer's explanation (if any) does not satisfactorily account for the difference.
An employer sets the pay for jobs predominantly held by Hispanics below that suggested by the employer's job evaluation study, while the pay for jobs predominantly held by non- Hispanics is consistent with the level called for by the job evaluation study.
A discriminatory compensation system that disadvantaged African-Americans has been discontinued, but salary disparities caused by the system still continue.

How can you tell whether compensation discrimination may be occurring in a workplace?

According to the EEOC’s Compliance Manual there can be an explicit policy or other direct evidence of compensation discrimination. For example, in the past, some employers provided lower pension benefits to women even though the women made the same pension contributions as men. This was held unlawful by the Supreme Court.

Typically, however, discrimination in compensation is more subtle and requires closer examination. The basic approach outlined in the EEOC Compliance Manual is to identify similarly situated employees and compare their compensation. If there are differences, the next step is to determine whether there are nondiscriminatory reasons for the differences. If not, the differences may well be due to discrimination. Even if there appear to be nondiscriminatory reasons, those reasons should be evaluated to determine whether they actually explain the pay differences.

How do you determine whether employees are similarly situated?

According to the EEOC’s Compliance Manual, the jobs the employees hold should be similar enough that one would expect the jobs to pay the same. This need not be an overly rigid process. The key is what people actually do on the job, not job titles or departmental designations. Skill, effort, responsibility, and the general complexity of the work are guideposts in determining job similarity.

Is it unlawful to discriminate in bonuses, commissions, and other compensation not included in base pay?

What if members of one protected group are lower-paid than others but there is no indication that the pay practices themselves are discriminatory? For example, what if job category A requires less skill, and therefore is lower-paid, and almost all of the employees in job category A are women?

In this situation the mere fact that almost all of the employees in job category A are women does not in and of itself violate the law. But According to the EEOC’s Compliance Manual it is important for EEOC investigators to make sure that the employer does not limit the employment opportunities of women. The focus for the EEOC investigator will be on whether women are hired into job category A and other job categories on a nondiscriminatory basis, and whether women are treated equally in promotions and transfers. In addition, performance appraisals, procedures for assigning work, and training opportunities must be nondiscriminatory. If any of these employer practices are discriminatory, they violate the law in their own right, in addition to affecting employee compensation.

How do Title VII and the Equal Pay Act interact?

Compensation Discrimination in the Florida Workplace 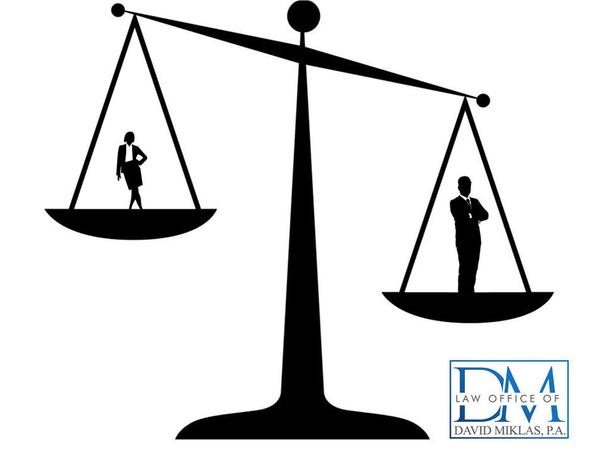