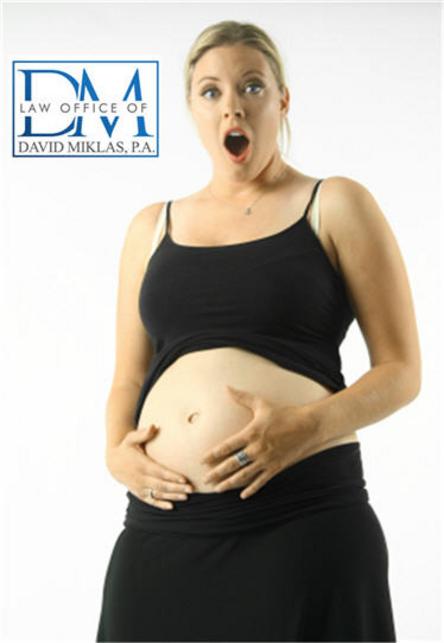 Florida employers have been given new guidance on pregnancy discrimination claims

A female was employed as an emergency medical technician (“EMT”).  Her job required her to lift 100 pounds regularly. After she became pregnant, her physician advised her to refrain from lifting more than 50 pounds while she was pregnant.  The employee asked for a temporary light-duty or dispatcher assignment for the duration of her pregnancy. The employer had provided these same accommodations to other EMTs who had suffered injuries on the job and were restricted to lifting no more than 10 or 20 pounds as a result. On the other hand, the employer had a policy of not granting such accommodations to employees who had been injured off the job. The employer also had a policy that allowed it to accommodate those with disabilities on a case-by-case basis.

The employer declined the employee’s request for accommodation, and the employee filed a lawsuit, alleging discrimination under the Pregnancy Discrimination Act (“PDA”).  The employer filed a motion for summary judgment. The federal district court granted the employer’s motion.  The employee appealed and the 11th Circuit Court of Appeals (controlling in Florida) vacated the lower court’s grant of summary judgment, on the basis that the lower court improperly analyzed the law. Durham v. Rural/Metro Corp., 2020 U.S. App. LEXIS 12323, (11th Cir. Apr. 17, 2020).

In this case the parties did not dispute that the employee satisfied the first two prongs of her prima facie test. As a pregnant woman, she was obviously part of the class protected by the Pregnancy Discrimination Act. And she sought an accommodation from her employer in the form of light-duty or dispatcher work.

Because the employee established a prima facie case, the appellate court then turned to the employer’s ostensible legitimate, non-discriminatory reasons for refusing to offer the pregnant employee a light duty or a dispatcher position. Here, the employer offered two: its Light-duty Policy applies to only those injured on the job, and the company had no dispatcher positions available at the time the pregnant employee sought accommodation.

The Supreme Court has explained that an employee does enough to survive summary judgment if she shows both that the employer’s policies impose a significant burden on pregnant workers and that the employer’s legitimate, nondiscriminatory reasons are not sufficiently strong to justify the burden, but rather—when considered along with the burden imposed—give rise to an inference of intentional discrimination.

In this case, the lower court never reached this part of the analysis because it stopped after determining that the pregnant employee had failed to establish a prima facie case. The appellate court ruled that this was error.

This recent court ruling provides Florida employers with guidance on how to properly perform a comparator analysis when the situation involves a possible claim of pregnancy discrimination, which is different from other types of discrimination claims.