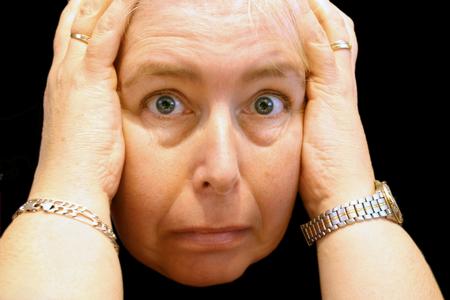 A bus driver took FMLA leave for neck pain related to spinal stenosis.  After the completion of this 12 weeks of FMLA leave, the employee’s doctor provided a certification stating that the employee could not safely perform the essential functions of his position, though he could work in a “clerical position/light duty” until his surgery date, and that he would require an additional six weeks off after the surgery to recover. The employer rejected the request, advising the employee that clerical light duty work was not available for bus operators, and that an extension of his leave of absence would “create an undue hardship” on the transportation department and limit its ability to provide service to citizens.  The employer then terminated the employee and he sued the employer, claiming that it had discriminated against him by refusing to provide him with a reasonable accommodation for his disability, in violation of the ADA.

The employer moved for summary judgment, arguing that the employee could not establish a prima facie case of discrimination under the ADA because his requested accommodations were unreasonable, and that, in any event, his requested nine-week leave of absence would have caused an undue hardship for the employer.  The federal court agreed with the employer and the employee appealed to the 11th Circuit Court of Appeals (controlling in Florida). Davis v. Columbus Consol. Gov’t, No. 19-14601, 2020 U.S. App. LEXIS 30775 (11th Cir. Sep. 28, 2020).  On appeal, the employee argued that the lower court erred because he felt that the employer failed to present specific and particularized evidence that his request for a nine-week leave of absence to recover from surgery would cause an undue hardship.

The employer argued that the employee’s request for an extended leave of absence would have caused undue hardship because it could not fill the employee’s position while he remained on leave, the department had no part-time personnel to help with his routes, and it would not have been feasible to hire a temporary driver to replace him during the leave period, given the time required to hire and train a new bus operator. Also, due to the nature of bus routes, every bus had to be manned, so when a bus operator position was vacant or a bus operator was absent, the department had to force other bus operators to fill in during their free time, incurring significant overtime costs in the process. In addition to the cost of paying overtime, forcing other employees to work overtime also led to a loss of personnel and additional vacancies when employees quit due to overburdened schedules.  Further, the recruitment and training of bus operators to fill vacant positions did not take place speedily, which resulted in confusion due to the bus-assignment and route system.

The employee focused his argument on the assertion that the employer had not provided evidence that he was terminated because of any specific budgetary concerns. Along the same lines, he argued that the employer said that a shortage of bus drivers would cause undue hardship, the employer did not show specifically that his absence for nine weeks would cause such hardship.

The lower court concluded that the employee’s requested nine-week leave would cause increased overtime expenses, overburdened operators, and increased recruiting and training costs, thereby imposing an undue hardship on the employer.

The appellate court agreed with the lower court, explaining that the factors it considered were: the size of the relevant workforce and the number of bus routes, the negative impact of the employee’s absence on the other bus operators, the difficulty of scheduling operators to cover its bus routes while holding open the employee’s position, the cost of overtime pay, and the expected loss of trained and experienced personnel as a result of forced overtime. The appellate court noted that the employee felt that the employer should be required to provide additional “particularized facts” showing the actual, rather than projected, costs of his requested nine-week leave. As an example, the employee argued that the employer could have provided a roster evidencing employees they were forced to train and hire during his 12-week FMLA leave.  The appellate court rejected this, explaining that “the law does not require employers to gauge the potential impact of a requested accommodation on its operations with that level of specificity or certainty.”

Florida employers should be cautious to not assume that they can reject any leave request that is 9 weeks or more after they already provided 12 weeks of leave.  This decision involved a very specific set of facts that may not be met by many employers in the future.  Therefore, it is advisable to always consult employment counsel when analyzing how to respond to an accommodation request.

If you own a Florida business and would like to discuss your obligations to provide accommodations to employees, you may call the Law Office of David Miklas at 1-772-465-5111.