On November 22 a federal judge in Texas entered a nationwide injunction blocking the U.S. Department of Labor from implementing the new White collar salary test that was due to take effect December 1.

According to the judge’s ruling, the Obama administration overstepped its authority by raising the FLSA salary cap from $455 a week to $921 a week or $47,892 a year. Nevada v. U.S. Department of Labor, U.S. District Court for the Eastern District of Texas, No. 16-cv-731.

The 20-page opinion can be read for free at: https://www.texasattorneygeneral.gov/files/epress/Overtime_-_PI_Grant_(11-22-16).pdf

The judge’s reasoning included that by raising the salary level so high the DOL exceeded it delegated authority and ignored Congress’s intent by raising the minimum salary level such “that it supplants the duties test.”  The judge explained that a nationwide injunction is proper in this case because the DOL Final Rule was applicable nationwide.

The injunction means that the rule will not go in effect on Dec. 1, as previously planned.

The Law Office of David Miklas, P.A. prides itself with keeping Florida employer's informed and was one of the first employment law firms in the country to report this legal update. 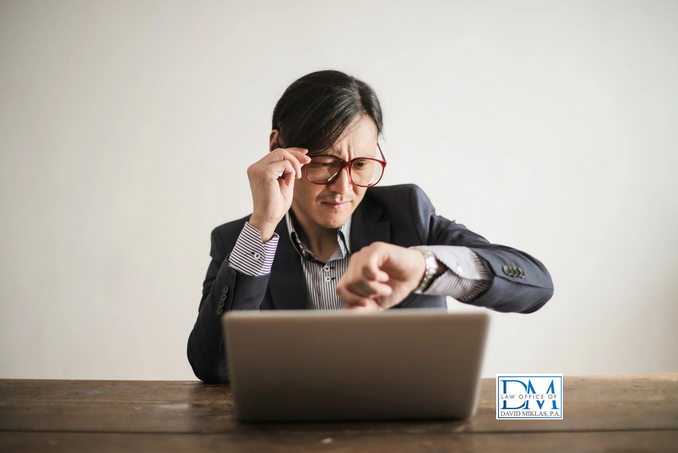