Pregnancy Discrimination in Florida - Q and A with David Miklas, Employment lawyer

Recently a female employee at the tech giant, Google, wrote a memo, titled “I’m Not Returning to Google After Maternity Leave, and Here is Why,” in which she accuses the company of discriminating and retaliating against her for being pregnant.  The memo was posted by her to an internal company message board for expecting and new mothers.  Her memo includes the following examples of why she believed she was the victim of pregnancy discrimination and retaliation:

The above “facts” are taken from the employee’s memo, and the employer may not agree with their accuracy.  However, they are useful for Florida employers and Florida HR professionals to review because they paint a terrible picture.  As an employment attorney who exclusively defends Florida employers, when I review the statements contained in this woman’s memo are very concerning.  There appear to be multiple errors that have been made by the employer in handling this matter.  Whether this employee sues the employer is unknown, but it would appear likely that she would be able to set forth enough allegations to force the employer to spend considerable money defending litigation, and likely paying even more money to settle the matter.

Florida employers should use the above “facts” as examples of how to not handle pregnancy-related matters.  Very little of the facts show the employer doing anything correctly.

If you need any assistance in training employees or handling pregnancy issues or inappropriate comments in the workplace, or other discrimination issues concerning your Florida business or if you need guidance in any employment policies, please promptly email the Law Office of David Miklas, P.A. or call us at 1-772-465-5111. 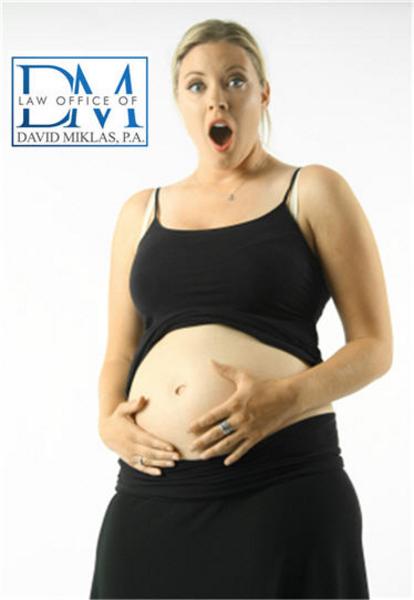