Why Fox News is forcing many Florida employers to review their sex discrimination policies and training. 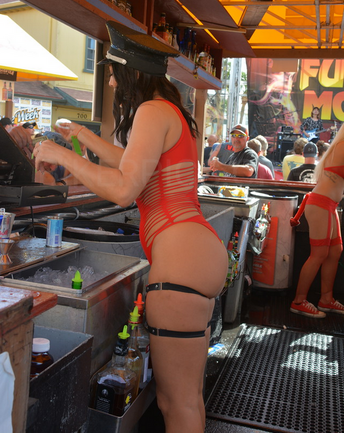 The U.S. Equal Employment Opportunity Commission (EEOC) filed a lawsuit during the last week of June 2017 in Florida on behalf of a male applicant who applied for a position as a bartender.  The applicant alleges in the suit that a the manager told him they did not hire male bartenders. The applicant  had both bar tending and management experience. The suit claims Florida business (a strip club) subsequently hired at least two women for bartender jobs.

According to the lawsuit, the Florida business hired 17 female bartenders and no male bartenders during 2015. The EEOC asserts that this would violate Title VII of the Civil Rights Act of 1964, which prohibits sex discrimination for any job applicant.

An EEOC spokesperson stated, “[a]lthough sex-based discrimination against women may be more common than against men, employers must realize that no person, male or female, can be denied employment based on sex, except in the rare instances when gender is a bona fide occupational qualification.”

This recent lawsuit reminds Florida employers that when hiring decisions are made based on an applicant’s sex, the EEOC will act to enforce the federal laws that were enacted to prohibit such discrimination.

The lawsuit also alleges that the Florida business failed to maintain federally required employment records, which is almost certainly based on evidence uncovered during the EEOC’s investigation into the charge of discrimination.

In 2015 the EEOC sued another Florida strip club (in Clearwater) for discriminating against a bar tender based on his race, and in that case won a judgement against the business in the amount of  $365,024.47, which included punitive damages, compensatory damages, back pay, interest and tax-penalty offsets.

If you need any assistance in determining in addressing an EEOC charge of discrimination concerning your Florida business or if you need guidance in any employment policies, please email or call the Law Office of David Miklas, P.A. at 1-772-465-5111.

Can a Florida business discriminate against men by only hiring women?