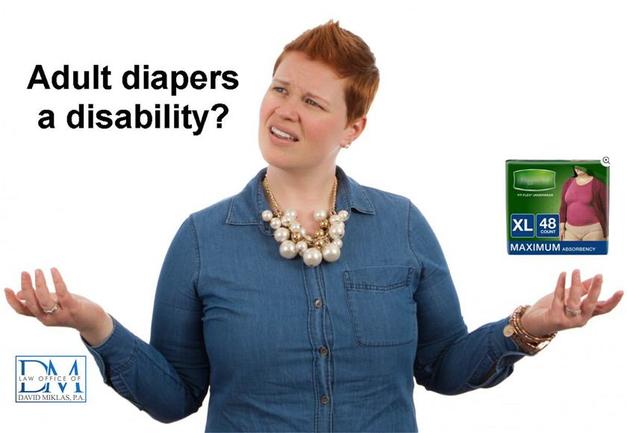 How an HR professional fumbled an accommodation request.

Nonetheless she was able to work for fourteen months. She worked at Costco and was one of those people who stands in the isle and demonstrated how to use various products. So, the essential functions of her job were to demonstrate and explain products to customers, answer customer questions about the products, and to prepare, transport, and clean the cart she used for the demonstrations.

This employee took bathroom breaks as needed to use the toilet and change into a clean pair of diapers due to the urinary incontinence caused by her condition of neurogenic bladder. About a year after she began working, her manager informed her and her coworkers that from that point forward, they could only use the bathroom during their lunch break or during their scheduled 15-minute break.  She immediately submitted a doctor’s note to the employer requesting that she be allowed to use the restroom any time she wanted due to a medical condition.

A Human Resources Generalist for the employer wrote a letter to the employee, stating that that the employer was unable to provide her with an accommodation at that time because it would “pose an undue hardship to the company and/or necessitate the elimination of essential job functions of [her] position.”

Let me stop right here. Before that letter went out, HR should have had a competent employment lawyer review the letter.

Regardless, that was the employer’s response.  The employer did not engage in an interactive process with the employee or propose an alternative accommodation before issuing this letter denying her request for accommodation.

Because the employer did not make a reasonable accommodation to the employee’s condition, the employee was forced to wear multiple diapers at a time to avoid leaking urine on the floor when she wet herself, and even then, on occasion, her diapers became so saturated that urine leaked, but she could not change them until a scheduled break. In addition, she would not drink anything during her shift to avoid exacerbating the problem, against her doctor’s advice to drink water regularly.

What do you think happened?  That’s right.  Nothing.

Two days later, the employee asked Human Resources about the possibility of bathroom breaks every two hours, which might lessen the physical discomfort and humiliation she had to endure.

This was yet another opportunity for the employer to run this by an experienced discrimination lawyer.

The following day, HR responded to the employee, verbally reiterating that she would not be accommodated.

Three days later, the employee submitted a doctor’s note requesting bathroom breaks every two hours, which specifically noted that she had an upcoming appointment that might result in a decrease in the frequency with which she would need to use the bathroom, a reference to the possibility that she might soon be able to self-catheterize.

Again, this was another opportunity for the employer to run this by an Americans with Disabilities Act, or ADA, lawyer.

Two weeks later, Human Resources informed the employee in writing that the employer would not accommodate her.  Nonetheless, the employee worked out an agreement with her manager such that her manager would give her the first break available, which gave her a break approximately every two hours.

Over time, her manager increasingly stopped letting her have the first break available which forced her to work longer than two hours between bathroom breaks.  This meant that the employee had no choice but to keep wearing diapers and continue to wet herself at work for another month.

Due to the multiple written denials she received from human resources, the employee felt that it would be futile to again request a reasonable accommodation of bathroom breaks as needed.

Finally, she could no longer endure these working conditions and she submitted a doctor’s note to the employer stating that she could not continue working for the employer without more frequent restroom breaks.

This was an opportunity for the employer to use legal advice.  The employer did not inform her that she could request medical leave in lieu of discharge. Rather, the employer terminated her employment.

A few days after she was terminated, the employee contacted the employer’s Human Resources and also other managers to inquire as to whether she could apply for medical leave.

This was another chance for the employer to rescind the termination and provide an accommodation.  However, the employer’s Human Resources informed the other managers that the employer would not allow her to apply for medical leave in lieu of her discharge, but the employer did not even bother to inform the employee of its decision.

When the employer did not agree to the terms demanded by the EEOC in order to settle the matter, the EEOC sued the employer, in May 2019. EEOC v. Club Demonstration Services, Inc., Case No. 1:19-cv-7).

In the EEOC lawsuit, the government alleged that the employee was disabled because her neurogenic bladder condition substantially limited the operation of her major bodily function of bladder function, and substantially limited the major life activities of standing, walking, and riding transportation.  The EEOC alleged that the employee was able to perform the essential functions of her job if she had been given the reasonable accommodation of bathroom breaks as needed.

The lawsuit claims that taking bathroom breaks, as the employee needed to due to her disability, would not have prevented her from fulfilling the essential functions of her job. The EEOC’s reasoning was that a bathroom break takes only a few minutes including the time to secure her demonstration, so even a number of such breaks per shift would not have prevented her from promoting and explaining products to customer, answering their questions, and preparing, transporting, or cleaning her demonstration cart. The EEOC argued that this was demonstrated by, the employee satisfactorily fulfilling her duties for over a year before her manager implemented the bathroom policy.

Also, the EEOC argued that the employee had competently, diligently, and reasonably sought reasonable accommodation of her disability for over three months, all while continuing to fulfill her job duties despite the extraordinary and egregious circumstances of being forced to work through the physical discomfort and deep humiliation of wearing urine-soaked diapers.

The EEOC’s lawsuit heavily uses this emotional language, including that it was physically uncomfortable and deeply humiliating to the employee to be forced to work in wet diapers.

Of course, the “facts” explained above are those that the employee and the EEOC included in the lawsuit. The employer may have defenses, but it certainly will be expensive for the employer to defend these allegations.

This is another example of how not properly handling requests for accommodations can cost an employer a lot of money.  Getting sued by the EEOC is not cheap. Even if the employer settles, they will be forced to pay tens of thousands of dollars to the employee, and also pay tens of thousands more to their own lawyers, and they will have to revise their accommodation policy, retrain everyone, which will cost thousands more, and they will also have the EEOC looking over their shoulder for the next few years, and have the negative publicity associated with settling a discrimination lawsuit with the EEOC.

Florida employers should learn from this recent case that it is important to send HR professionals to regular training that addresses legal issues such as reasonable accommodations under the ADA.

An employee had neurogenic bladder condition.  Due the resulting urinary incontinence, the employee had to make frequent use of the restroom to empty her bladder and change into a clean pair of diapers.