A Muslim employee worked for an employer for thirteen years.  When she was fired, she sued, alleging religious discrimination in violation of Title VII of the Civil Rights Act. Specifically, she alleged that she was subjected to a hostile work environment and that she was discharged due to her religious beliefs. Basheeruddin v. Advocate Health & Hosps. Corp., 2016 U.S. Dist. LEXIS 83364 (N.D. Ill. June 27, 2016)

In support of her hostile environment claim, the employee presented evidence of the following instances of discriminatory remarks or actions: her manager stated, “I know you Muslims kill a poor little lamb to celebrate your holidays;” the manager also made comments about how the Gulf War, had been “instigated by Muslims;” the employee also heard another supervisor say that she decided against purchasing a home when she found that Muslims lived in the area; finally, her supervisor brought a pork dish to give to the employee for lunch, knowing that she did not eat pork as a Muslim. The Court rejected the hostile environment claim, explaining that the three to four sporadic comments and incidents over the course of almost thirteen years was not severe and pervasive enough to rise to the level of a hostile work environment, and there was no evidence that any conduct interfered with the employee’s work performance.

However, the court did factor these comments and incidents into its analysis of whether the employee was discharged due to her religious beliefs.  For the discriminatory discharge claim, the employee claimed that her religion was a “motivating factor” for her termination. The employer’s stated reason for terminating the employee was for filing a false allegation of assault against a co-worker.  The employee reported to her supervisor that a co-worker grabbed her arm very tightly and raised his voice.  The employer involved Human Resources, which interviewed one witness who allegedly observed the incident, but that witness denied seeing the incidents alleged.  The Human Resources Department found no evidence in support of the allegations.  The Vice President of HR recommended the Muslim employee’s termination for violating its policy against deliberately making false or malicious accusations against co-workers; and dishonesty.

The employee argued that the employer conducted an insufficient investigation in order to reach a pretextual reason to terminate her employment. She denied filing a false report and claimed that the investigation into the incident was inadequate. Specifically, there was a dispute as to whether the co-worker alleged to have grabbed her arm was actually interviewed by anyone in Human Resources regarding the incident. The court rejected the employer’s Motion for Summary Judgment on the Title VII religious discrimination based on her discharge.  The Court explained that a “cursory investigation into alleged misconduct may cast doubt on the motivation of an adverse employment decision.” The Court determined that when viewed in light of previous discriminatory comments and instances and the suspicious timing of the termination occurring days before the start of Ramadan, for which the employee requested leave, there was a triable issue of fact as to whether the employee termination was motivated by religious discrimination.

This case reminds employers of the importance of seeking legal counsel experienced in conducting investigations when claims of discrimination/harassment are involved. Even if legal counsel does not actually conduct the investigation, an employment attorney could have assisted the employer in making sure that the investigation would not be later viewed as “cursory” or “inadequate.”  An employment attorney also could have advised the employer of the dangers of terminating an employee under these circumstances.

Additionally, it is crucial to ensure that your managers receive training so they know how to handle situations like this.  Our firm can provide such manager training.

If you would like to discuss this case to make sure that your business is in compliance with the employment discrimination laws, please email the Law Office of David Miklas, P.A. or call us at 1-772-465-5111. 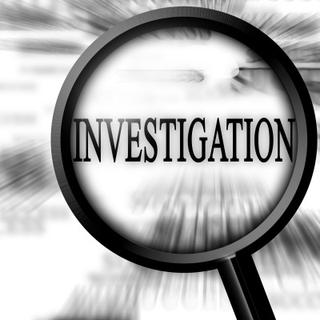