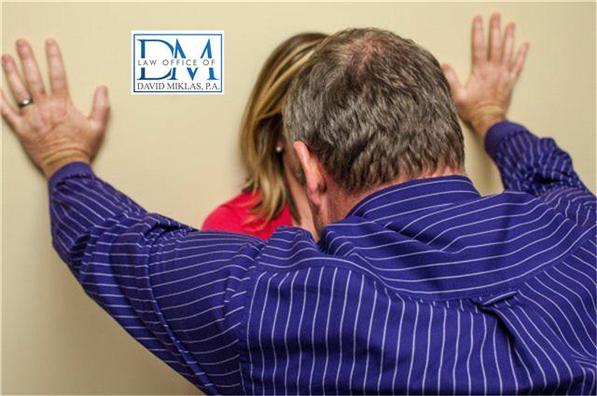 Title VII of the Civil Rights Act is the main law that applies when an employee threatens to sue a Port St. Lucie employer for sex discrimination and sexual harassment.  This federal law only applies to a Port St. Lucie business if it has 15 or more employees who worked for the employer for at least twenty calendar weeks (in this year or last).

Title VII makes it unlawful for a Port St. Lucie employer to discriminate against any employee with respect to her compensation, terms, conditions, or privileges of employment because of the employee’s sex. Although Title VII does not actually mention sexual harassment, it has long been settled by the courts that the statutory phrase “terms, conditions, or privileges of employment” includes within its scope a discriminatorily hostile or abusive environment.

In order for an employee to prove sexual harassment or gender-based harassment under Title VII, the employee must show that:

(1) she belongs to a protected group;

(2) she has been subjected to unwelcome harassment;

(3) the harassment was based on her sex;

(4) the sexual harassment was sufficiently severe or pervasive to alter the terms and conditions of employment and create a discriminatorily abusive work environment; and

Most of the litigation fights take place regarding the 3rd, 4th and 5th prongs.

Regarding prong #3, to establish that the harm alleged was based on her sex, a female employee must show that but for the fact of her sex, she would not have been the object of harassment.

In relation to the 4th prong, even if the harasser's conduct was based on the victim's sex (prong #3), not all workplace harassment violates Title VII. This is because harassment is actionable only if the conduct is sufficiently severe or pervasive to alter the conditions of the victim's employment and create an abusive working environment. Title VII is not a civility code and not all objectionable conduct or language creates a hostile work environment or amounts to discrimination under Title VII.  Rather, workplace conduct is viewed cumulatively and in the totality of the circumstances. What this means is that simple teasing, offhand comments, and isolated incidents (unless extremely serious) will not amount to discriminatory changes in the terms and conditions of employment.

Either severity or pervasiveness is sufficient to establish a violation of Title VII. So, under prong #3, an employee is required to prove that the environment was both subjectively and objectively hostile.  Said another way, establishing that sexually harassing conduct was sufficiently severe or pervasive to alter an employee’s terms or conditions of employment (prong 4) includes a subjective and an objective component. This means that the work environment must be one that a reasonable person would find hostile or abusive and that the victim subjectively perceives to be abusive.

When Florida courts evaluate the objective severity of the harassment, they look at the totality of the circumstances and consider:

As an example of when an employee was found to have presented sufficient evidence from which a reasonable jury could find that she was subjected to a hostile work environment involved a situation where the supervisor twice approached the employee from behind and tried to touch her breasts by reaching over her shoulder and putting his hand down the top of her shirt; and also, on two other occasions, the supervisor tried to put his hand down the front of the employee’s pants and grope her between the legs while she was cleaning. Finally, the supervisor even followed the employee into a stall in the women’s restroom where she had gone to relieve herself, causing her to leave prematurely.

In that case, the supervisor’s repeated improper conduct toward the employee was sufficiently severe and pervasive to be objectively hostile and abusive.

Under the fifth prong, the employee must show that her employer was responsible for the hostile work environment under either a theory of “vicarious” liability or “direct” liability. This means that it matters whether a harasser is a “supervisor” or simply a “co-worker.”

Where the harasser is a co-worker, an employer is directly liable for an employee’s unlawful harassment if the employer was negligent with respect to the offensive behavior.
If the harassing employee is the victim's co-worker, the employer is liable only if it was negligent in controlling working conditions. An employer is negligent, if the employer knew or reasonably should have known about the harassment but failed to take remedial action.  The following are examples of relevant factors in determining whether an employer negligently failed to prevent the workplace harassment by a non-supervisor: Evidence that an employer did not monitor the workplace, failed to respond to complaints, failed to provide a system for registering complaints, or effectively discouraged complaints from being filed would be relevant. These examples are not an exhaustive list (an employee could use other evidence which may suggest employer negligence.

Where the harasser is a supervisor, however, an employer may be vicariously liable for its employees’ creation of a hostile work environment.

Regarding the supervisor situation, the Supreme Court has held that an employer is vicariously liable when a supervisor takes a tangible employment action, - i.e., a significant change in employment status, such as hiring, firing, failing to promote, reassignment with significantly different responsibilities, or a decision causing a significant change in benefits. In those circumstances, the courts will probably conclude that it is appropriate to hold the employer strictly liable. It should be noted that even when a supervisor’s harassment does not culminate in a tangible employment action, the employer can be vicariously liable for the supervisor’s creation of a hostile work environment if the employer is unable to establish an affirmative defense (see two items below).

So, in Florida, employers may be held vicariously liable for the sexual harassment of an employee by a supervisor with immediate (or successively higher) authority over the employee. However, an employer may escape liability by establishing:

1) that the employer exercised reasonable care to prevent and correct promptly any sexually harassing behavior, and

2) that the employee unreasonably failed to take advantage of any preventive or corrective opportunities provided by the employer or to avoid harm otherwise. An employer may demonstrate reasonable care to prevent sexual harassment by showing the development of an effective and comprehensive anti-sexual harassment policy, which is thoroughly disseminated, and to which the employer demonstrates a commitment to adhering.

Both of these affirmative defense elements must be satisfied for the employer to avoid liability, and the employer bears the burden of proof on both elements.


Title VII’s antiretaliation provision protects an individual not from all retaliation, but from retaliation that produces an injury or harm.  That means that in order to make a valid retaliation claim under Title VII, an employee must show that a reasonable employee would have found the challenged action materially adverse, which could mean it well might have dissuaded a reasonable worker from making or supporting a charge of discrimination or otherwise participating in an investigation.

Port St. Lucie business owners should be mindful that an employee alleging retaliation must demonstrate a prima facie case of retaliation, which requires showing that:

(1) the employee engaged in a statutorily protected activity;

(2) the employee suffered a materially adverse employment action; and

(3) there is a causal connection between the protected activity and the adverse action.

If you own a Port St. Lucie business or work as a human resources professional for such a business, you can email our law office or call us at 1-772-465-5111 to discuss any issues dealing with potential liability for sexual harassment or retaliation.  It is always helpful to contact us BEFORE you take any adverse employment action.