At the end of June 2017 the EEOC announced this lawsuit was settled by the business paying $50,000 and agreeing to “extensive safeguards” to prevent future discrimination by implementing anti-discrimination policies, training and problem-solving procedures.

An EEOC spokesperson was quoted in a press release about this case as follows: “When one of the owners regularly denigrates workers because of their national origin, it creates an environment that violates federal law as well as common decency. [The] EEOC will vigorously enforce the law to remedy such harassment, particularly when the targets are vulnerable, low-wage workers.”

Another EEOC official was quoted as saying, “Since the harasser was an owner, the workers felt that they had no recourse but to endure the ill-treatment. We want to insure that all workers know they do not have to be subjected to slurs based on their national origin in order to keep their jobs.”

Florida employers are reminded that preventing workplace harassment through targeted enforcement is one of the six national priorities identified by the EEOC’s Strategic Enforcement Plan (SEP). Eliminating discriminatory practices affecting vulnerable workers who may be unaware of their rights or reluctant to exercise them is another SEP priority.

The “facts” in this article, including the name calling and slurs are those that were alleged by the EEOC. 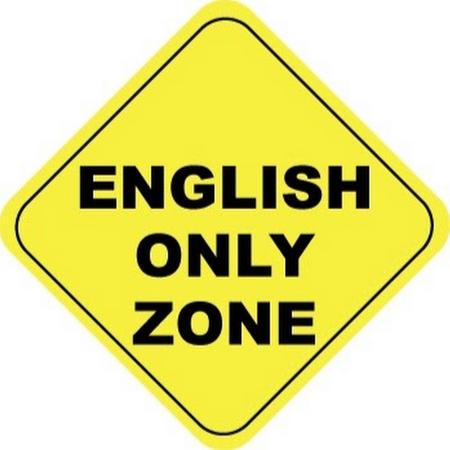 Although the portion of the case where the business co-owner allegedly told Hispanic employee that they “must speak English” was not discussed in the settlement. Florida business owners are reminded that the EEOC has stated that rules requiring employees to speak only English in the workplace violate the law unless the employer can show that they are justified by business necessity.

If you need any assistance in determining in addressing an EEOC charge of discrimination concerning your Florida business or if you need guidance in any employment policies, please email or call the Law Office of David Miklas, P.A. at 1-772-465-5111.

A business hired multiple Hispanic workers.  The co-owner of the business was fluent in Spanish, but required the employees to speak only English at work.  To illustrate his point, he took out a dollar bill from his wallet, held it, and told the Hispanic workers, “This is America, you must speak English.” 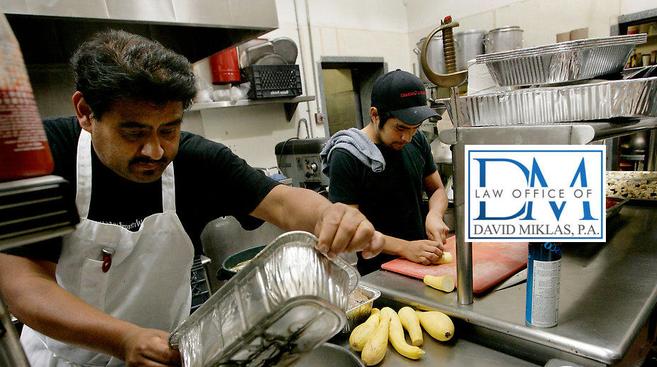 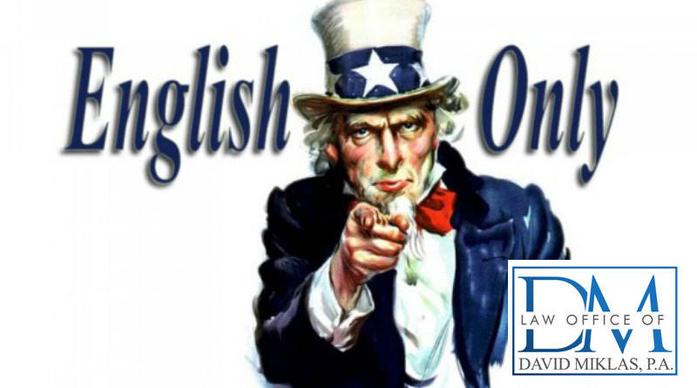 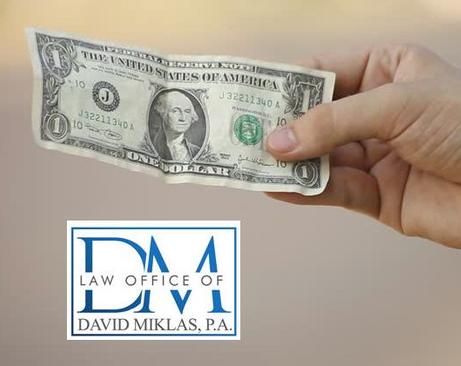 Can a business owner who is fluent in Spanish force Hispanic employees to speak only English?

The business co-owner also made comments towards the Hispanic workers such as “f***” Spanish, Mexicans, Hispanics or landscapers.

A Hispanic employee filed a charge of discrimination with the Equal Employment Opportunity Commission (EEOC), which conducted an investigation and concluded that the employer violated Title VII of the Civil Rights Act of 1964, which prohibits national origin discrimination and retaliation for the exercise of rights guaranteed under the statute.  The worker was fired, which the EEOC determined was done in retaliation for his complaint. The worker was fired one day after he voiced complaints about workplace treatment. The EEOC filed a lawsuit on the employees’ behalf claiming that Hispanic workers were subjected to national origin discrimination and retaliation. In the lawsuit the EEOC also claimed that the workers were treated less favorably regarding leave and sick days. EEOC v. Antonella's Restaurant and Pizzeria, Inc., et al, Case No. 15-cv-07666.