Why Fox News is forcing many Florida employers to review their sex discrimination policies and training?

In 2017 she joined the Equality March to support equality for the lesbian, gay, bisexual and transgender (LGBT) community.  2017 also marks the anniversary of the Pulse nightclub shooting in Orlando where 49 victims were killed and others injured. Many of the victims were LGBT Hispanic young people.

Ms. Goldberg feels that LGBT-inclusive workplace policies are important and she pushed for her local county (Lee County) to include LGBTQ protections among its nondiscrimination protections.  However, during the summer 2017 the Lee County Commissioners voted against expanding protections.  LGBT advocates have pushed local counties and cities in Florida to provide LGBT protections in relation to employment discrimination.  This is because currently no Florida statute exists which specifically prohibits employment discrimination on the basis of LGBT status.  Title VII does not specifically mention sexual orientation as a suspect classification and courts construing Title VII have generally refused to extend the federal law to a LGBT claimant.  However, the EEOC has been actively trying to change this view and some courts have been interpreting Title VII of the Civil Rights Act to include protections in some circumstances to cover sexual orientation and gender identity.

Ms. Goldberg is pleased that the City of Cape Coral voluntarily has chosen to provide LGBT protections even though it is not required under federal or state law.

Ms. Goldberg focuses her LGBT efforts in Southwest Florida, and her notoriety may very well result in more of a patchwork of protections in the LGBT community across Florida.  At this point in time, Florida employers and businesses should consult an experienced labor & Employment law firm before they take any adverse action in relation to an employee based on sexual orientation and gender identity.

Some examples (not exclusive) of cities and counties in Florida with non-discrimination ordinances that include gender identity are:

Florida employers are cautioned that cities and counties can enact these ordinances at any time, so the above list should not be taken as accurate.  In fact, before our law office gives any advice, we have to check the specific county and city in which a business operates in Florida to specifically check whether an ordinance applies.  The reason that this is important is because sometimes these ordinances apply to employers with fewer than 15 employees (the standard number for Title VII coverage). 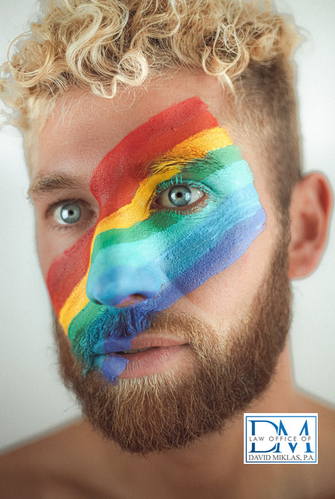