This is how firing an employee in Florida for repeat absences can cost an employer a lot of money.

How Martin County HR professionals screwed up an FMLA request

An employee worked at an employer’s Indiantown, Florida jobsite for 14 years when she was informed she would be transferred to the employer’s Jensen Beach, Florida location.  The employee immediately raised concerns that she would not be able to afford to make this transfer, for a variety of reasons, including financial difficulties, transportation obstacles, and injuries to her right foot, with which she would use to drive a car. One week after being informed she would be transferred, the employee did not appear for work and was terminated.

Based on these events, the employee filed a lawsuit in federal court for the Southern District of Florida , alleging among other things, violation of the Family Medical Leave Act (FMLA) for retaliation.

In this case, the employer admitted the first two elements of the employee’s prima facie case, so the Court focused on whether the employer’s decision to terminate the employee was causally related to her exercise of her FMLA rights.

In this case, the employer admitted that when it first communicated with the employee about her transfer, she immediately expressed concerns over the transfer and requested a meeting with her supervisors. The employer told the employee that she must report to her newly assigned work location on the following week and that failure to report to work as directed would be considered an unauthorized absence. The employee again told the employer that she would not agree to her transfer and that she had been diagnosed with an injury to her foot and presented a prescription for an MRI. The employer responded that it would provide FMLA certification forms at their scheduled meeting the following day.  The employee presented a copy of the MRI prescription, and was given FMLA application and certification forms. When the employee did not appear for work the next day, she was immediately terminated.

To summarize, yes, the employee was told she was being transferred on a Wednesday. Notwithstanding her financial and transportation concerns, she communicated that she was experiencing health issues the following Monday, she was provided FMLA certification forms on Tuesday, and she was terminated on Wednesday.

The general rule is that close temporal proximity between the employee’s protected conduct and the adverse employment action is sufficient circumstantial evidence to create a genuine issue of material fact of a causal connection and force the case to go to a jury trial.

In this case, the district court for the Southern District of Florida ruled that the extremely close temporal proximity between the employee’s communication with her employer that she was experiencing health problems (which prompted the employer to provide her with FMLA forms) and her termination was sufficient circumstantial evidence to demonstrate causality.

The employer argued that it contemplated adverse action against the employee before her need for FMLA leave arose.  The court noted that this is not a case where the employee had been specifically warned for months that she faced potential demotion or termination.

Here, the court concluded that the employee raised sufficient doubt as to whether the employer’s explanations for the termination were false and pretextual. First, the close temporal proximity of the employee’s disclosure of her medical condition and her ultimate termination could lead a reasonable juror to conclude that she was terminated because she had engaged in statutorily protected activity. Second, the employee’s failure to appear for work would not have qualified as a resignation under the employer’s Human Resources Policy, which states that a period of three consecutive days of unauthorized absences will be considered a resignation. The Court believed that this could lead a reasonable juror to conclude that the employer’s job-abandonment rationale was pretext for FMLA retaliation. Third, the fact that the employee did call in to her employer to ask how to request a day off because her medical condition was worsening and she needed an MRI could lead a reasonable juror to conclude that she was terminated that day because she had engaged in statutorily protected activity. Finally, there was evidence that a disciplinary memorandum had been circulated by the employee’s supervisors before she failed to appear for work.  The employee argued that this fact indicates that the adverse employment action resulted from her allegedly FMLA-qualifying condition, not from her non-appearance at work. The employer attempted to argue that the fact that it had not yet decided what disciplinary action would be taken in the memorandum indicates the opposite conclusion.  The problem for the employer is that at summary judgment, if reasonable minds could differ on the inferences arising from undisputed facts, then a court must deny summary judgment.

In this case the employee cast sufficient doubt upon the legitimacy of the employer’s proffered explanations for terminating her such that a reasonable jury could conclude the employer’s stated explanations were pretextual. In reaching this conclusion, the Court noted that it does not sit as a super-personnel department, and it is not the Court’s role to second-guess the wisdom of an employer’s business decisions.

A key message that Florida employers should take from this case is that timing of termination will impact causality.  Firing an employee close in time after they bring up an FMLA-qualifying condition will not look good if a court is asked to dismiss a case.

This is another example where an employer could have saved a lot of money by consulting an experienced employment discrimination lawyer before firing the employee.

This case demonstrates how complicated FMLA requests can be and how the timing of adverse employment action can hurt an employer if it is not properly handled.

If you need any assistance in handling FMLA matters, or discrimination issues concerning your Florida business or if you need guidance in any employment policies, please promptly email the Law Office of David Miklas, P.A. or call us at 1-772-465-5111. 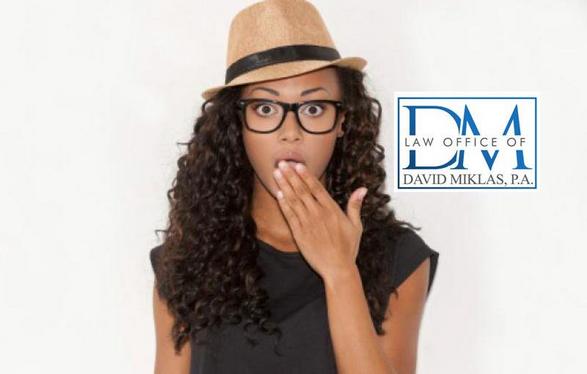