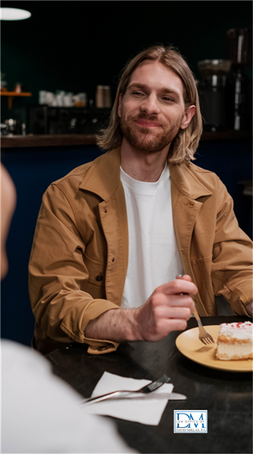 An employee received positive performance reviews during her first year working for the employer. During her second year of employment, she was assigned a new supervisor.  The employee suffered from Celiac disease, a digestive and autoimmune disorder that may cause digestive problems, fatigue, and anemia in response to gluten. The employee complained to the employer’s human resource department that her new supervisor mocked her condition as the supervisor ate a piece of cake. The employee also complained that her supervisor changed her work schedule to require her to come in before 8:00 a.m., work through lunch, and attend meetings from 5:00 p.m. to 6:00 p.m.  The employee stated that she believed that these measures were implemented in an attempt to force her to quit. The Regional Manager indicated to the supervisor that these new scheduling policies were not necessary. The supervisor then moved the employee’s work space from an office to a cubicle and refused to allow the employee to go to the bathroom during meetings. After a yelling match between the employee and supervisor, both of them were terminated for acting unprofessionally.

The employee sued, alleging various claims, including unlawful discrimination and retaliation under the Americans with Disabilities Act (“ADA”).  Peterson v. Kelly Servs., 2016 U.S. Dist. LEXIS 138529 (E.D. Wash. Oct. 5, 2016). The employer moved for Summary Judgment, which was granted in part, finding that the termination did not violating the ADA. However, the District Court denied the employer’s Motion, allowing the lawsuit to move forward, on the allegations that the supervisor discriminated against the employee by harassing and mocking her and by imposing a schedule change. The Court ruled that a question of fact remained as to whether the supervisor’s adverse actions towards the employee were motivated by her Celiac disease.  Under EEOC regulations “[a]n impairment is a disability . . . if it substantially limits the ability of an individual to perform a major life activity as compared to most people in the general population.” The employee alleged that her condition impacted her ability to perform major life activities, including eating, and can cause her to need more frequent bathroom breaks and causes fatigue. Therefore, while this issue was not specifically ruled on, the Court recognized that Celiac disease could be a disability under the ADA.

This recent case reminds employers of the importance of training managers and supervisors regarding discrimination and retaliation.  Although the employer in this case was found to have properly terminated the employee, it is still litigating the matter due to the supervisor’s alleged mocking of the employee, as well as retaliating against that employee for complaining of perceived discrimination.

If you are interested in having Mr. Miklas assist you in training your managers/supervisors, you can reach him by email or calling 1-772-465-5111.

Can a supervisor make fun of an employee with PTSD?

Opioid addiction?  Can you fire an employee who uses the drug Suboxone?

Accommodating a deaf employee in Florida?

Employee demanding to wear an oxygen backpack at work?