A supervisor and a Cuban employee had a physical altercation, after which the supervisor began to make derogatory comments about Cubans to the workers he supervised, such as: “sh***y Cubans;” “f***ing Cubans;” and “crying, whining Cubans.” The supervisor also declared, “new policy in the company, no more Cuban people.”

Approximately two months later the Cuban employee who complained attempted to commit suicide at the job site.  The employee was terminated and some employees signed a statement attesting that there was no discrimination at the place of employment.

The fired employee filed a lawsuit in the United States District Court for the Middle District of Florida, alleging a hostile work environment claims under Title VII and the Florida Civil Rights Act.  The employer succeeded in a Motion for Summary Judgment, based on the employer’s argument that the alleged misconduct was neither severe nor pervasive, and could not be a hostile environment.  The employee appealed to the Eleventh Circuit Court of Appeals (controlling in Florida), which disagreed with the employer and allowed the case to move forward. Fernandez v. Trees, Inc., No. 18-12239, 2020 U.S. App. LEXIS 18045 (11th Cir. June 9, 2020).

In general, to show that harassment was sufficiently severe or pervasive to alter the terms or conditions of his employment, an employee must prove that his work environment was both subjectively and objectively hostile.

Regarding the objective inquiry, Courts in Florida will consider four factors when evaluating whether harassment was objectively hostile:

Beginning with the first factor, the Court of Appeals determined that the employee provided ample evidence that the harassment he faced was frequent because he testified that the supervisor made derogatory remarks, on a near-daily basis. Also, other employees identified more than 10 specific examples of discriminatory remarks made during the relevant period. These ten examples during a two months period was determined to be sufficiently pervasive.

As to the second factor, the Court of Appeals determined that a reasonable jury could conclude that the harassment was sufficiently severe. The employer argued that the evidence in this case established at most that the employee was subjected to a few instances of off-handed comments by the supervisor that amounted to nothing more than a mere offensive utterance. The Court of Appeals disagreed, explaining that the supervisor continually, often in vulgar terms, disparaged, ridiculed, and insulted all the employees in a protected class and persisted in doing so despite complaints and specific requests that he stop.

Regarding the third factor, the Court of Appeals determined that the supervisor’s conduct was sufficiently humiliating to support a hostile work environment claim. The Court noted that when derogatory comments are made in the presence of co-workers that enhances the level of humiliation suffered. In this case, the employees testified that the supervisor frequently degraded Cuban workers, including the employee suing, in meetings and in front of other teams of workers at job sites. Thus, this evidence showed that the supervisor’s conduct was sufficiently humiliating to satisfy the third factor.

Regarding the fourth factor, the Court of Appeals determined that evidence of interference with job performance, was weaker. The only evidence he offered on the fourth factor was that the stress from the supervisor’s misconduct drove him to depression and caused him to attempt suicide at a job site. Nonetheless, considering the totality of the circumstances, guided by the appropriate factors, the Court of Appeals concluded that the employee provided evidence sufficient to raise a material issue of fact whether the harassment was objectively severe or pervasive.

This is another case that shows Florida business owners of the importance to train managers and supervisors.  This employer may have been able to avoid this lawsuit if the supervisor in question was well-trained and understood that his comments and actions could be creating a hostile work environment.

If your Florida business needs any assistance in handling derogatory comments made by a manager or supervisor or employee, please promptly email the Law Office of David Miklas, P.A. or call us at 1-772-465-5111.

You can read more of our employment law news articles on our legal updates page. 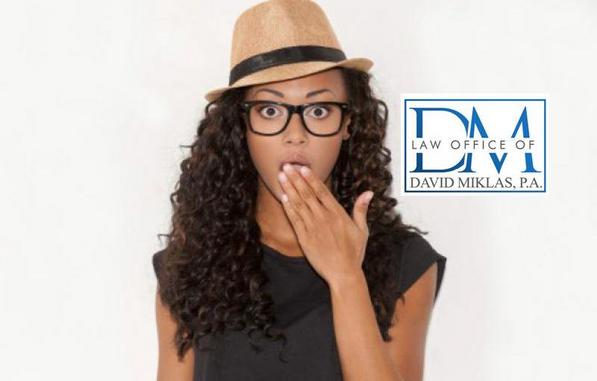