Can we fire employees who fail to get a vaccine for tetanus, diphtheria, and pertussis (the “TDAP vaccine”)?

An employer interviewed an applicant and made an oral employment offer contingent upon the applicant’s successful completion of a pre-employment drug test.  The applicant belongs to the Nazirite sect of the Hebrew Israelite faith, and he sincerely believes that the Old Testament forbids him from cutting hair from his scalp.  During a hair follicle drug test at a clinic the same day he received a job offer, he declined to have a lock of his hair cut starting at the scalp.  A nurse had advised him that the hair for testing could come from his head or beard.  The applicant offered to pull hair from his beard, and offered to cut a lock of his hair starting in the middle.  The applicant was nevertheless instructed to go home without the examination being completed.

The following day, the applicant emailed the employer, expressing his willingness to undergo the hair follicle test, as long as it could be completed without cutting hair from his scalp.  Although the employer agreed that hair samples may be taken from an applicant’s beard, underarm or chest if sufficient quantity and length of the hair is available, it denied this applicant the opportunity to re-test.  Claiming that this applicant “has more hair than Solomon, the supervisor accused the applicant of having “created a negative scene” at the clinic, and he sent an e-mail to the employer’s other hiring officials stating that this applicant is not being considered for employment with the company.

The applicant subsequently applied for other vacancies with the employer, was initially scheduled for an interview, only to have the interview later canceled by the company.

The applicant filed a charge of discrimination with the U. S Equal Employment Opportunity Commission (EEOC) and the EEOC decided to sue the employer on the employee’s behalf.  The EEOC’s lawsuit claimed that the applicant’s religious beliefs should have been accommodated during the pre-employment testing, and that the employer ultimately denied him employment because of his religion and in retaliation for his opposing what he believed to be religious discrimination.  The lawsuit was based on Title VII of the Civil Rights Act of 1964, which prohibits discrimination because of religion and prohibits retaliation and sought back pay and compensatory and punitive damages. . (Civil Action No. 4:14cv2747).

The EOC announced three days ago that the employer has settled the lawsuit by agreeing to pay $150,000 and to provide other significant relief, including a two-year consent decree.

This case reminds Florida businesses that when a worker’s sincerely held religious beliefs can be accommodated without imposing an undue burden on an employer, as in this case, the employer cannot discriminate because of the worker’s religious beliefs and practices.

The EEOC attorney handling the case stated that, “[t]his lawsuit will send a message to employers that the EEOC will vigorously enforce federal law by prosecuting companies which deny equal opportunity to religiously observant workers who seek to adhere to the tenets of their faith.”

This case reminds employers that the EEOC is looking at religious accommodations in addition to accommodations for a disabled worker. If you need any assistance in relation to analyzing handling such accommodation requests, please email or call the Law Office of David Miklas, P.A. at 1-772-465-5111 before you take that action to make sure that it is legal. 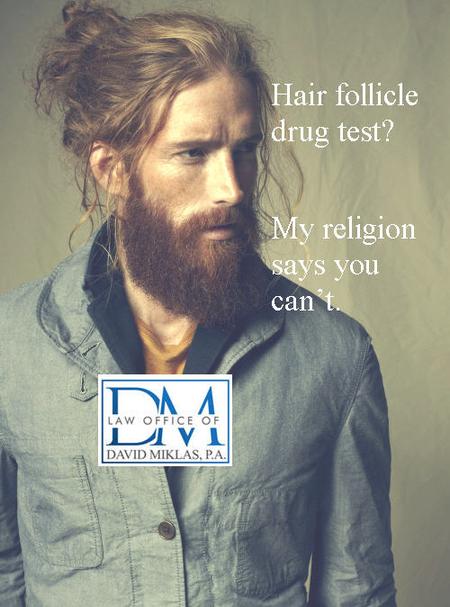