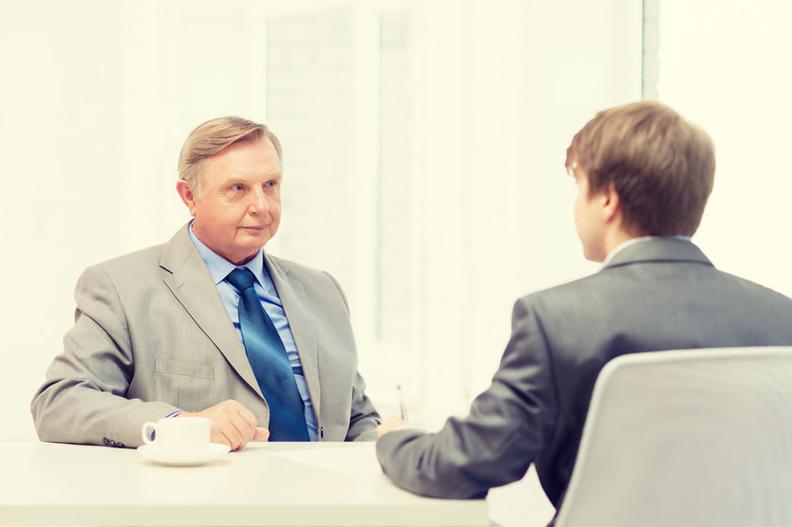 A 64-year-old applicant applied for a vacant position for which he was qualified. The hiring Director, who held the primary responsibility for deciding whom to hire, interviewed the applicant.  During this interview, the hiring Director asked the applicant how much longer he planned to work. According to the applicant, the hiring Director prefaced this question by making note of his age, with the remark, “you’re 64, how much longer are you going to work[?]” The applicant claimed that he replied that he “was in perfect health, and . . . would probably work until [his] eighties or nineties.” Two other applicants, aged 42 and 46, were interviewed and all three were advised to observe the current employee work in the position, which the applicants did. After the 42-year-old observed the current worker, the hiring Director sent him an email, asking him for his opinion of the 42-year-old applicant. The employee’s reply included the following: “I think he will be GREAT! He is what I had in mind when I told you that I would be leaving. I think a young [employee] …will be a great asset to the …program….” The 42-year-old was hired for the position and the 64-year-old sued the employer alleging a violation of the Age Discrimination in Employment Act (“ADEA”) for his nonselection to the vacant position.  Smith v. Chester Cnty. Bd. of Educ., No. 1:15-cv-01170-JDB-egb, 2016 U.S. Dist. LEXIS 150409 (W.D. Tenn. Oct. 31, 2016)

The ADEA prohibits an employer from failing or refusing to hire a prospective employee because of his age. To establish a disparate-treatment claim under the ADEA, an applicant bears the burden of proving that his age was the “but-for” cause of the adverse employment action. An applicant can meet this burden by presenting either direct or circumstantial evidence. In this case, the applicant claimed that he had direct evidence of discrimination, and the District Court agreed.

Regarding the first element listed above, the Court explained that the hiring Director qualified as both a “decision-maker” and an agent of the employer acting within the scope of her employment, as she made the statement at issue during the interview of a candidate for the open position.

Regarding the second element, the employer argued that the remark concerned retirement, not age. The Court recognized that if a supervisor simply inquiries into an applicant’s retirement status, without any attendant reference to his age, the decision may not necessarily be age based.  However, the Court noted that in this case, according to applicant’s version of events, the hiring Director directly referenced his age by saying, “you're 64 . . . .” The Court reasoned, “[u]nlike a mere inquiry into retirement plans, this statement does not require an inference in order to conclude that [the hiring Director] considered age as a motivating factor.

Concerning the third element, the Court noted that the hiring Director’s remark was not isolated, as there was evidence of age-related comments made by the previous employee in that position.

With regard to the fourth factor, the Court determined that there was proximity in time to the adverse employment action, because the hiring Director’s comment took place during the interview for a vacant position while the employer was actively soliciting applicants.

Therefore, the Court concluded, “[t]aking into account all of the circumstances surrounding the comment, [the hiring Director]’s explicit reference to [the applicant’s] age constitutes direct evidence of age discrimination. It occurred during their only personal meeting, in the context of a hiring discussion, during the time the [employer] was seeking to fill the position.”

Additionally, although a current employee may not typically have a hand in selecting their replacements, the evidence in this case was found adequate to support a reasonable inference that the current employee had a significant influence in the decision-making process of hiring the new replacement.

This case reminds employers of the importance of training managers and those with hiring authority.

CAN A HIRING MANAGER’S COMMENTS DURING APPLICANT INTERVIEW BE DIRECT EVIDENCE OF AGE DISCRIMINATION?