A female employee was hired by a Florida-based company to make her workplace more diverse and inclusive.

The South Florida employer recognized that the company was a large group of men designing a device for men that did not appeal to women; the only solution the company had been able to come up with was to make a pink version of the product.

The employee put together a PowerPoint® presentation about gender diversity statistics within the company and began to show it to her boss.  She explained that the company had no women in leadership positions, only 14 percent of its employees (including clerical, human resources and marketing) and three percent of its engineers were female.  Her boss cut her off mid-way through the presentation.

The company’s chief human resources officer had no formal training in human resources, never issued a company handbook and never articulated official policies prohibiting illegal discrimination, harassment and retaliation.  The company did not have a labor & employment law firm and only used a General Counsel, who was a transactional attorney, whose primary focus has been on mergers and acquisitions, venture capital financings, and initial public offerings, not employment law.

During a new hire training, the male trainer gave a tutorial to a group of seven new hires, including two women, how to use the employer’s IT equipment and resources. One woman asked the trainer a question to which he responded, “Yeah, women always have trouble with computers.” Another woman in the group, in apparent disbelief, asked the trainer to repeat what he said and the trainer replied, “In IT we have a saying; stay away from the Three Os: Orientals, Old People and Ovaries.”

This incident was reported to the employee hired to make her workplace more diverse and inclusive, and she immediately reported it to the Vice President of Human Resources, and approximately two weeks later, the company’s chief human resources officer told the employee that he understood what the trainer did was very offensive, and the trainer would not be allowed to do the new hire orientation in the future.

The employee asked the chief human resources officer why the trainer was not fired, and the chief human resources officer responded that he couldn’t fire trainer because he was African American and there were white men who had done “far worse” and if the employer fired the trainer, he could sue them because he had been fired, but not the white guys. When the employee asked “Why not fire them all?” the response was, “Because we need the white guys. They’re important. We need them. I know you’re upset, but my hands are tied.” Later, the trainer resumed giving new hire orientations.

The employee went to the CEO and reported the “Three Os” incident and the lack of any meaningful discipline in response.  Over the next few months the employee was disinvited to senior leadership meetings and fired.  She was offered three-months’ severance if she signed an agreement releasing all claims against the company. She refused and instead sued pursuant to Title VII of the Civil Rights Act of 1964, based on 1) Hostile Environment Sex Discrimination, and 2) Opposition-Clause Retaliation seeking money damages, including punitive damages; equitable relief including reinstatement or front pay; and her costs and attorneys’ fees.

Many Florida employers assume that the above type of claims only happen when companies are small.  However, this employer was valued at $5.7 billion!  The outrageous facts in this case remind Florida employers of the critical importance of having experienced human resource professionals, utilizing experienced labor & employment counsel, and adequately training management staff.

Update:   This lawsuit was recently settled in May 2017.  Because it was a confidential settlement, we do not know how much money the employer paid in order to settle this matter. 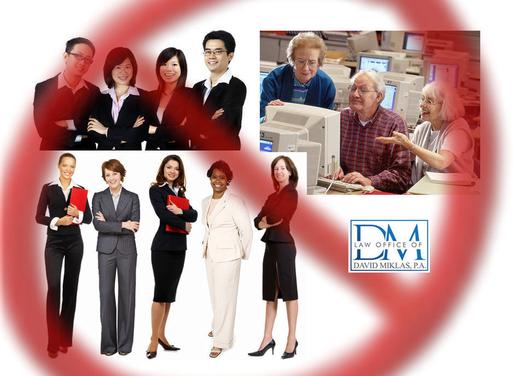 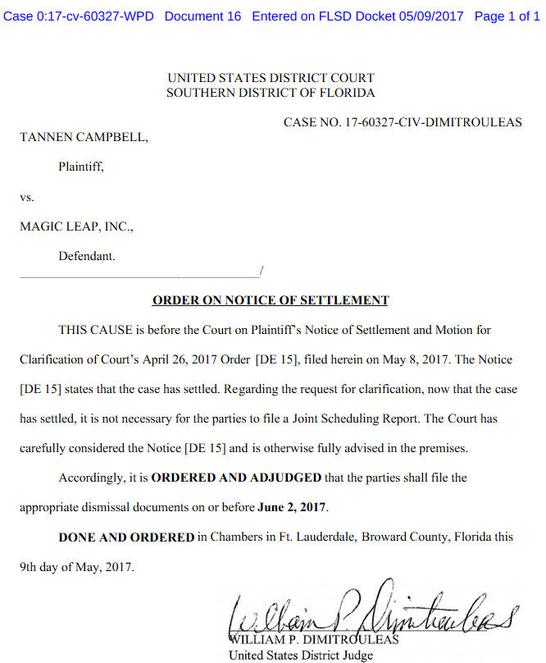 Florida employers are reminded that gender discrimination is a hot topic.  If you need any assistance in relation to terminating, disciplining, or not hiring/promoting where gender discrimination may be an issue, please email or call the Law Office of David Miklas, P.A. at 1-772-465-5111 before you take that action to make sure that it is legal.